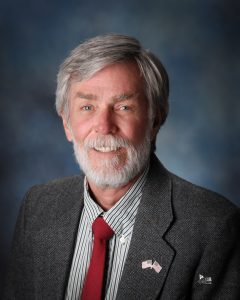 The Pinal County Community College District Governing Board conducted a swearing in ceremony of new Governing Board Member Mr. Dave Waldron and reelected board members, Dr. Debra Banks and Mrs. Gladys Christensen during the recent board meeting held at the Central Arizona College San Tan Campus.

Waldron was appointed by Pinal County School Superintendent Jill Broussard to fill the District 5 Governing Board position that was vacated by Jack Yarrington last fall. He will be seated until December 31, 2020.

Banks, who represents District 2 and Christensen, representing District 1 were both reelected to a six-year team this past November.

Originally, from Montana Mr. Waldron served in the United States Marine Corps from 1968 through 1972. He is a Vietnam Veteran and received an honorable discharge as sergeant.

For 26 years, Waldron has been a resident of Apache Junction and Pinal County. He and his wife Kathleen, of 27 years, are both retired. They have four children and six grandchildren.