You are here: Home / About CAC / Governance / Board of Governors 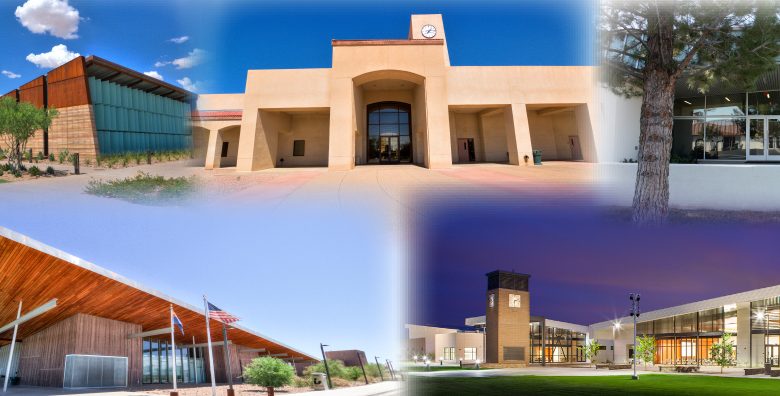 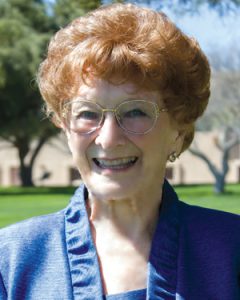 Originally elected to the Pinal County Community College District Governing Board in 1983, Gladys Christensen was re-elected in November of 2012 to a new six-year term. She is the longest-tenured member of the PCCCD Governing Board and has served many roles, including president in 2011 and 2012.

Christensen represents the large geographical region of District 1 which consists of the cities of Coolidge, Florence and Eloy in the central region of Arizona, Superior in the northeastern portion of Pinal County, and the communities of Eastern Pinal County from Kearny to Oracle.

Christensen spent most of her professional working career as an employment and training program manager before retiring. She has an extensive background in formulating policies and procedures, using her knowledge and experience to serve as planning and zoning commissioner for the city of Coolidge for eight years.

A graduate of Arizona State University in Tempe, Ariz., Christensen also completed her master’s degree at the University of the Pacific in Stockton, Calif. 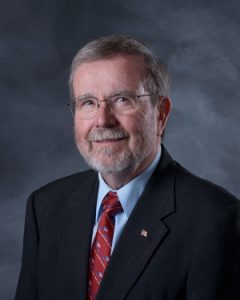 Dr. David Odiorne was appointed by Pinal County School Superintendent Jill Broussard to fill the District 2 Governing Board position that was vacated. He will be seated until December 31, 2020.

Originally from Maine, Dr. Odiorne has served as an administrator and consultant in higher education for more than 20 years. He currently runs his own business, assisting colleges and universities in the areas of accreditation, assessment and institutional effectiveness.

Besides serving as the CEO of his own chiropractic clinic, Dr. Odiorne was active in the Maine Chiropractic Association until he began his career in higher education. He held various administrative roles at National University of Health Sciences (NUHS) in Lombard, IL, National College of Natural Medicine (NCNM) in Portland, OR, Bastyr University in Kenmore, WA, and the New York Chiropractic College. 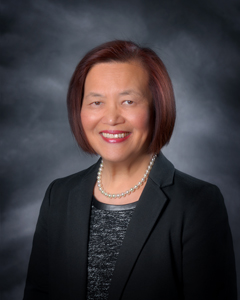 Casuga has been a long-time advocate for economic development in Pinal County and the State of Arizona. She currently serves in various part time, consulting and volunteer capacities in the areas of economic and community development, education and civic engagement.

Casuga retired from APS in December 2014 following a successful 25-year career as General Manager of Community Affairs. She served in numerous leadership roles during her tenure at APS, including Southeast Arizona Division Manager. After her retirement, she held a part time position as the community relations advisor at Central Arizona College from 2014-2019.

Prior to her career with APS, Casuga spent 10 years in municipal government serving as City Manager of Eloy and Town Manager of Marana; and 5 years in non-profit roles as Manager of Community/Client Development for the Western Gateway Team. 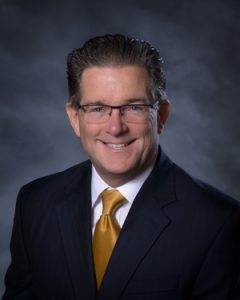 Dan Miller has lived in Pinal County, District 4 for the past 10 years. He was appointed by Jill Broussard, Pinal County Superintendent of Schools and sworn in on May 11, 2016.

Miller’s career has focused on integrating education into a variety of organizations including the US Navy, Anheuser-Busch, Pepsi, Coca-Cola, and Abbott Nutrition in Casa Grande.

While on active duty, Miller attained his B.S in Human Resources and his M.S. in Management. He is currently a Principal Reliability Engineer for the Connecticut-based Genesis Solutions. This consulting firm has assigned Dan to clients across the country in areas best served by his talents, skills, and experiences – Pharmaceutical and Transportation are just two examples. Dan is also a Certified Maintenance and Reliability Professional, Six Sigma Black Belt, and is certified in Lean and Project Management.

Miller is a U.S. Navy veteran, writer, photographer, and innovator. He owns a small business, digital Dan Photography, serves on the United Way of Pinal County Board of Directors, and has been a member and chair of the Maricopa Industrial Development Authority (IDA). He is active in the community and supports the Maricopa Chamber of Commerce, as well as local charities including Against Abuse and Maricopa’s Food Bank (FOR).

Miller brings a considerable amount of workforce development and asset management experience to the CAC Board of Governors. His understanding of how communities and education synergize on local issues will enable the Board to continually improve its ability to make meaningful decisions as it effectively achieves its impactful strategies. 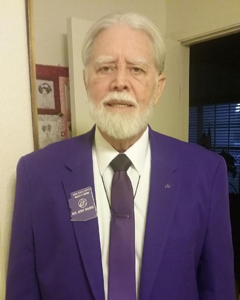 Walker has lived in Pinal County for four years with his wife of 50 years, Mary Ellen.

Walker is a Public Health Educator, Life Coach and Christian Counselor/Educator. He has served as an adjunct professor at Embry Riddle Aeronautical University, University of Maryland and Central Texas University. He is a member of the National Environmental Health Association and is a Registered Environmental Health Technician Emeritus as well as a Licensed Psychiatric Technical Nurse.

Walker received basic and advanced medical and administrative training while serving in the military. He attended both Coastal Carolina Community College and The George Washington University on a part time basis. Walker continued his education at the University of Central Arkansas earning Bachelor of Science degrees in Sociology and Psychology and later a Master’s of Science degree in Counseling Psychology. Additionally, he took classes at Parelta Community College, earning an Associate of Science in Environmental and Public Health and Charter Oak College, completing a Bachelor of Science in Public Health as a Social Problem.

Walker currently serves as a member of the Pinal County Adjustments, Appeals and Variances committee.