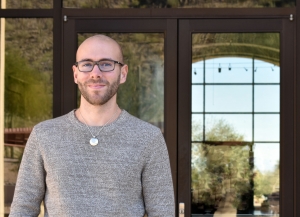 Guistwhite Scholars are chosen based on academic excellence, leadership accomplishments, and engagement in Phi Theta Kappa programs. Each Scholar is awarded a medallion and a $5,000 scholarship for their baccalaureate studies.

This is the second-highest scholarship offered by Phi Theta Kappa. It is named in honor of the late Margaret and Dr. Jack Guistwhite, who established the first transfer scholarship designated exclusively for Phi Theta Kappa members to Florida Atlantic University in 1975.

Wyly is attending the University of Arizona, majoring in Neuroscience and Cognitive Science. Upon completion of a Bachelor of Science he plans to enter graduate school to earn a Doctorate in Cognitive Psychology.

Wyly stated, “My goal is to make deep and significant changes to the way that people approach learning through research on the practical application of a growth mindset.”

While at CAC, Wyly was named an All-Arizona Academic team member in March 2020. He served as Phi Theta Kappa Vice President of Honors in Action and was involved in the College and Casa Grande communities, serving as an academic tutor, Casa Grande Mayor’s Reading Club volunteer, and Boys & Girls Club volunteer tutor.