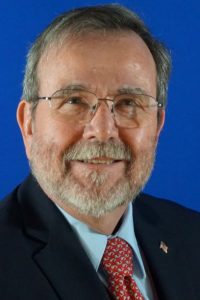 The Pinal County Community College District Governing Board conducted a swearing in ceremony of new Governing Board Member Dr. David Odiorne during the recent board meeting held at the Central Arizona College Maricopa Campus.

Dr. Odiorne was appointed by Pinal County School Superintendent Jill Broussard to fill the District 2 Governing Board position that was vacated by Dr. Debra Banks last spring. He will be seated until December 31, 2020.

Originally from Maine, Dr. Odiorne has served as an administrator and consultant in higher education for more than 20 years. He currently runs his own business, assisting colleges and universities in the areas of accreditation, assessment and institutional effectiveness.

Besides serving as the CEO of his own chiropractic clinic, Dr. Odiorne was active in the Maine Chiropractic Association until he began his career in higher education. He held various administrative roles at National University of Health Sciences (NUHS) in Lombard, IL, National College of Natural Medicine (NCNM) in Portland, OR, Bastyr University in Kenmore, WA, and the New York Chiropractic College.