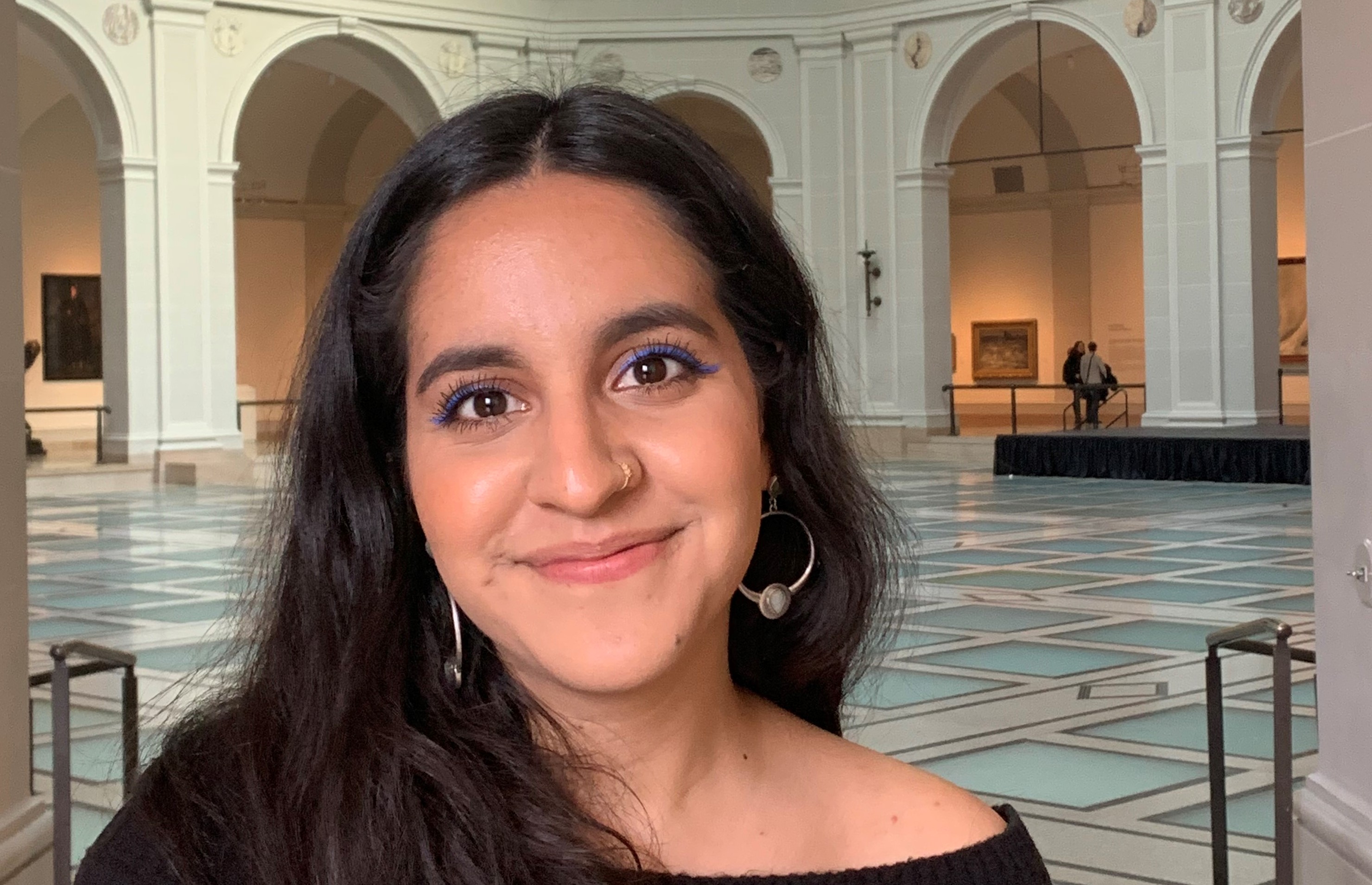 Naomi Barraza, a 2017 Central Arizona College graduate, is currently up for consideration of the Rhodes Scholarship Program. The program is recognized as the “oldest and perhaps most prestigious international scholarship program, enabling outstanding young people from around the world to study at the University of Oxford.”

Barraza attended Poston Butte High School and chose to continue her education at Central Arizona College. She admits, “At the time going to CAC was a very last minute decision and more out of convenience. I was originally supposed to go to Northern Arizona University on a full tuition scholarship. However, because I am a DACA recipient I do not qualify for federal financial aid and could not afford to pay for room and board out of pocket.”

While at CAC, Barraza was an honors student and a Phi Theta Kappa officer at the San Tan Campus. After completing three semesters, she graduated from CAC in December 2017 with a certificate in Communication Studies and an Associate of Arts degree. She transferred to Columbia University in New York City.

When asked about her time at CAC, she stated, “I was blown away by how caring, thoughtful, and supportive my professors were. I want to give a special thank you to Dr. Rath, Dr. Johnson, and Dr. Span. The support I received from these professors while I attended CAC inside and outside of the classroom really helped me persevere and pursue opportunities that seemed out of reach.” She added, “What really separates community college from a large state or private university are the connections that you are able to make with everyone that works there. The small class sizes make it easier for students and professors to create meaningful bonds which I found much harder to do at Columbia University.”

As a student at Columbia University, Barraza is majoring in Social Anthropology and will graduate in May 2021. She hopes to pursue a career in the entertainment industry while supporting non-profit organizations that promote education equity. Ultimately, her dream is to work for the US Department of Education, overseeing policies that make higher education more accessible to undocumented students and other marginalized groups.

Dr. Sandy Rath, Professor of Communication Studies at CAC provided a letter of recommendation for Barraza. In it she states, “Her academic perseverance, will to succeed, and desire to help others who find themselves in similar liminal spaces, propelled her to success at Columbia University.”

Barraza acknowledges that there have been challenges along the way. “I think that the main challenge that I’ve had to overcome is trying to access higher education as an undocumented student. Undocumented students don’t qualify for FAFSA or other forms of federal financial aid which I think makes pursuing a college career more accessible; in some states, they are even charged out of state tuition even if they grew up there. To get to where I am now, I had to apply to private schools, which oftentimes have lower acceptance rates and require a lot of dedication and work in order to be accepted. On top of being a student, I was also working part-time and dealing with health issues that affected my quality of life so it has taken a lot of dedication and perseverance.”

Barraza is grateful for the nomination. “Though it has been hard to get to this point, the fact that an Ivy League university believes in me enough to nominate me to pursue this scholarship makes the struggle worth it. Representation matters and I hope that I can shine a bright light on my community and show people that even when there are things out of your control that are working against you, you can still get there if you pave your own path. The Rhodes Scholarship first allowed people with DACA status to apply for the scholarship in 2018, and as far as I know there has only been 1 DACA recipient (Jin Park) to win the award so far. As a DACA recipient myself, he inspired me and I hope to inspire others.”