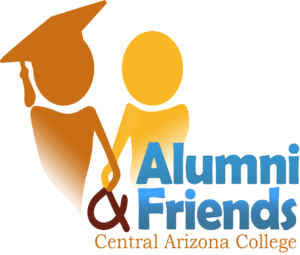 The featured speaker for the evening was Dr. Ofelia Zepeda, Director of the American Indian Language Development Institute at the University of Arizona. Dr. Zepeda graduated from CAC in 1974 and is a 2009 Wall of Success inductee. She currently is a Regents’ Professor of Linguistics and a recipient of the MacArthur Fellowship for her work in American Indian language education, maintenance and recovery and serves as the chair of the Tohono O’odham Community College’s Board of Trustees. In 2021, Dr. Zepeda was selected to represent the North American region to the Global Taskforce for the International Decade of Indigenous languages 2022-2032.

Adriana Saavedra has served as the Director of Library Services for CAC for almost 10 years now. She has worked in libraries for 23 years and is honored to serve her community by promoting libraries and literacy. She began her full-time studies at CAC in 1998 where she also worked in the library as a student worker. It was during this time that she fell in love with librarianship and the role that libraries play in the community.

She graduated in 2000 and transferred to the University of Arizona where she received a Bachelor’s Degree in Political Science in 2002 and a Master’s Degree in Library Science in 2004. After graduating, she spent time working at Maricopa Community College where she provided research assistance to their students and taught for their Library Technology Program, ensuring their paraprofessionals would know the basics of research. Prior to joining CAC, she was the Library Manager for the City of Coolidge for over 5 years.

Librarians care about literacy in all forms. Adriana’s commitment to literacy pushed her to be a long-serving volunteer for Habitat for Humanity where she is a family partner. For over ten years, she has worked with families as they complete the financial literacy courses and ensure they understand budgeting and the home buying process. Additionally, as a longtime resident of Coolidge, she believes in service to her community, which led her to become the co-chair for Coolidge Scholarship Incorporated, which raises money for graduating seniors to help them attend a college of their choice.

Her professional volunteerism includes a variety of contributions to her community. She coordinates Dave Ramsey Financial Peace courses for CAC staff. She also helped established the Arizona Community College Library Consortium for community college library staff to network, get reductions on prices for products, and share concerns. She also collaborated with colleagues to create food pantries in the libraries on CAC’s five campuses as an effort to fight food insecurity for students and residents of Pinal County.

Adriana met her spouse, Daniel, at CAC in the library during their freshman year.  They have one daughter, six year-old Alexandria and two 9-year-old Huskies.  As a family they enjoy reading, learning to cook new cuisines, and travelling.

Michael ‘Mikey’ Flores II was born and raised in Coolidge, AZ. He is the proud graduate of Coolidge Public K-12 schools, Central Arizona College and Arizona State University. Coolidge is his home.

Mikey enrolled at CAC with the financial support of a Promise for the Future scholarship. His involvement in the Student Council hinted of his future endeavors. After graduating from CAC with an Associate of Arts in General Studies, Mikey continued his education at Arizona State University. He graduated in 2006 with a Bachelor of Science in Applied Psychology.  While at ASU, Mikey began working at Desert Winds Counseling. It was during this period of his life that he realized he wanted to go out into the community and provide prevention education. He envisioned a life of public service.

Mikey also worked at the Coolidge Youth Coalition for many years. Most notably was his work in facilitating and advising the Students Against Destructive Decisions (SADD) youth group at Coolidge High School, making it more Coolidge-specific as opposed to copying national prevention methods, including creating a social media presence.  For many years, he coordinated the ‘Safe and Sober’ Coolidge High School grad night lock-ins. In total he raised over $120,000 in donations and funding to provide a safe, alcohol-and drug-free environment on graduation.

For the past nine years, Mikey has been an elected official of the Coolidge Unified School District’s Governing Board, serving as President. He encourages students to get involved in community affairs and further their education through higher education at institutions like his alma maters, CAC and ASU. The importance of community service was taught to him through his mentors, Dr. Lee Fournet, former CAC Director of Psychology and his grandfather, William ‘Bill’ Flores. “My grandfather always said that education and community involvement are the tools for positive community change.”

To be “Coolidge Proud”, a “Proud Vaquero”, and “Once a Bear, Always a Bear” means a lot to Mikey.  It means a commitment to be involved in his community and working with youth to provide them with a brighter future.

In addition to the alumni award, the College recognizes athletes, coaches, and or administrators who have made outstanding contributions to the intercollegiate athletics program at CAC.

If there is one word to describe Coach Shirley’s career at CAC, that word would be champion.

Coach Shirley accrued over 50 combined ACCAC conference and Region 1 Championships over a sixteen-year period. Not only does he hold the throne to 12 national championships, but he also guided hundreds of students to be the champions in their academic careers.

Coach Shirley is currently enshrined in the NJCAA Coaches Hall of Fame and the ACCAC Hall of Fame, and now adds to his impressive resume by being inducted into the Central Arizona College Hall of Fame. 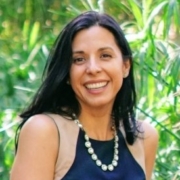 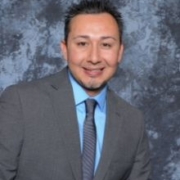 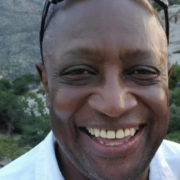