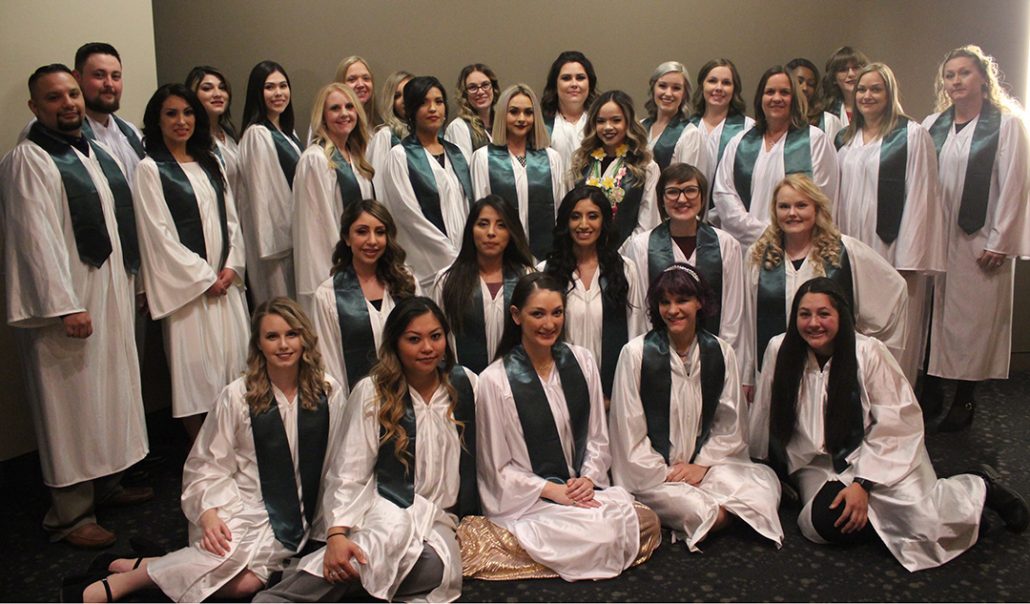 Dr. Berry explained an environment of trust applies to the professional responsibilities of a nurse stating, “Graduates, you will be able to be a part of someone’s life who does not know you, but who has to trust you to become well.” She discussed eight characteristics, from David Horsager’s book The Trust Edge that will help them earn the trust of patients and colleagues they work with; clarity, compassion, character, competency, commitment, connection, contribution and consistency.

Once the graduates received their pins, class speaker Tracy Rascon thanked the nursing faculty for their leadership, role modeling and support. She explained that each of the graduates on stage has an “immeasurable calling to help other people in their time of need” and reminded her peers to take pride in how far they have come and have faith in how far they will go.

Valorie Wilson was recognized with the Leadership Award and Ana Zaragoza earned the program’s Academician Award.